While it may be hard to imagine some of what the next 10 years in live music will have to offer it is not hard to look back at the last decade of music at Performance Impressions.  Approaching 200 concert and festivals archived at Performance Impressions' live music photography archive, there is no shortage of memories looking back at the past decade of my music photography galleries.  In the next few days as we approach the end of 2009, I will share some of my most memorable experiences and some of my favorite concert photos.

Bonnaroo 2008 - Bonnaroo is never dull but Metallica brought things to another level of excitement.  Just before heading to Europe on their 2008 world tour, I had the honor of working onstage with Metallica in front of a soldout 100,000 people in the Tennessee night.  Metallica's performance at Bonnaroo was historic. 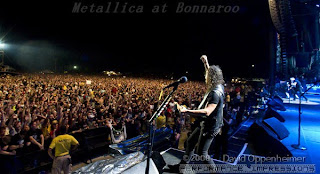 Kirk Hammett with Metallica at Bonnaroo 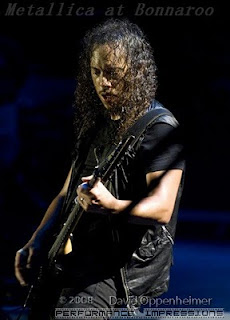 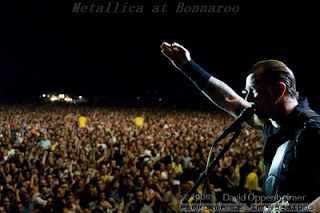 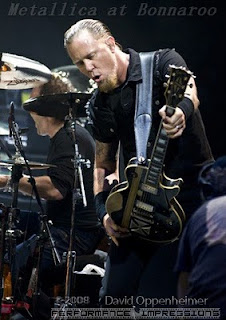 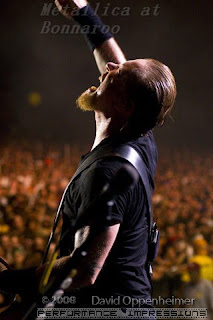