Stockholm Syndrome Tickets & Tour Photos
Stockholm Syndrome, the all star band with Wally Ingram, Dave Schools, Jerry Joseph, Eric McFadden and Danny Louis is going back on tour starting in the end of February.  Stockholm Syndrome is kicking off their tour up in Colorado ski country with a Free Show on opening night at Solaris in Vail Village as part of the Bud Light Street Beat free concert series in Vail, Co.

The 2010 Rothbury Festival has been canceled.  Organizers cite the scheduling of many top bands were conflicting preventing the festival from creating another stellar lineup.

The Dead at Rothbury Festival

UMPHREY’S McGEE SONGS TO BE AVAILABLE
AT THE NEW NETWORK 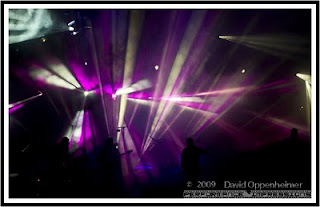 
Umphrey's McGee is one of the first bands to provide music fans with their songs over the just-launched Network which is currently running in Beta version. 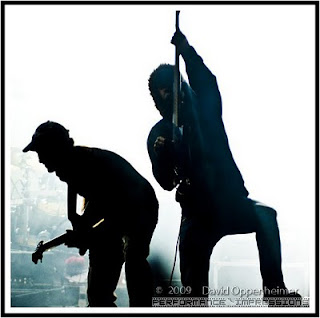 Umphrey's McGee Tickets
The video game platform works with video game systems to allow bands to users, and to offer fans a way dig into their favorite band’s music in ways they have never been able to before.

Umphrey’s McGee has been working with former Harmonix Music Systems employee – and now “” freelancer - Andrew Buch. An alumn of Berklee College of Music, Buch has authored several Umphrey’s McGee songs for the new program, including “1348” and “Miss Tinkles Overture." These songs and others will be made available within the next few months - when the first wave of the Network releases are scheduled to hit upon the release of the new system.

Buch, whose video/music “claims-to-fame” include the underground release of his mind-numbingly difficult "Trippolette" in the original , has worked on several games in the and franchises, making him a likely choice to prepare the music of Umphrey's McGee for the game. Additional work by Buch can be found at http://www.andrewbuch.com, including video footage of both Umphrey's McGee's music and the network re-release of "Trippolette."

Umphrey’s McGee’s participation in the network is one of many ways this band continues to prove themselves truly a band of the 21st century. The band’s innovative, interactive Stew Art Series (S2) has been hailed as a ground-breaking fan experience.  Hosted as individual events before that evening’s already scheduled show, Umphrey’s Stew Art Series is a crowd-sourced improvisation experiment, in which all the music performed by the group on stage are entirely directed by S2 audience members.