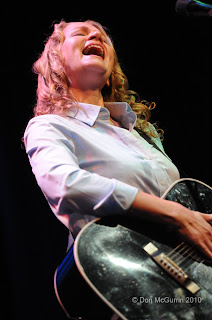 Singer Joan Osborne and pianist Keith Cotton were the first act to play at the Ephrata Main Theater as a performance venue. There is not a bad seat in the 193 seat theater/movie house. The owner's (Steve and Karen Brown) of Lily's on Main Street in Epharta, PA recently took over the theater. After deciding that they would like to have live music there they brought in long time friend Richard Ruoff (former owner of the Chameleon Club in Lancaster, PA) in to do the booking. Joan Osborne last played at the Chameleon Club some 15 years ago and was excited to be coming back. Guest Carsie Blanton open the show. 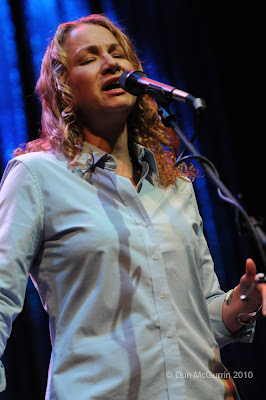 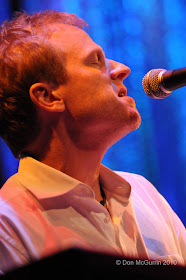 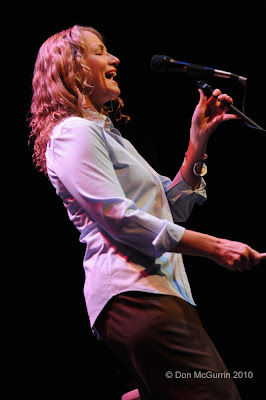 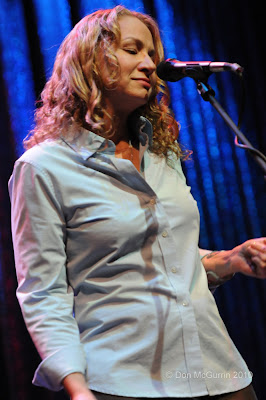 Stockholm Syndrome will also be performing in Atlanta, Asheville, Charleston, Wilmington, Raleigh, West Chester, PA, Richmond, Baltimore and finish the tour on September 12 in Brooklyn at the Brooklyn Bowl.

It is rare to get to see Stockholm Syndrome because the band members are committed to other bands with heavy touring schedules.  Dave Schools is the bassist for Widespread Panic and Jerry Joseph is with the Jackmoromons, Wally Ingram and Eric McFadden both perform with several other bands so collectively scheduling time for Stockholm Syndrome to tour is a challenge.

If you can't make any of Stockholm Syndrome's tour dates you can catch them on Jamcruise in early January and soak up some sun.

Update:  Stockholm Syndrome performed on September 3, 2010 at The Orange Peel in Asheville, NC -

Stockholm Syndrome brought out great crowd which would have been bigger if there wasn't a bunch of major bands performing in Asheville that night.  Jerry Joseph was in a good mood talking to the crowd and smiling.  Stockholm Syndrome is working on a second album to release.  Stockholm Syndrome performed with Eric McFadden, Jerry Joseph, Dave Schools and Wally Ingram and without Danny Louis.  The band rocked a heavy show.  Lights and smoke on the stage were well run and made it a great photo opportunity.

Stockholm Syndrome performing Apollo, the title track to their upcoming album, at The Orange Peel in Asheville, NC on September 3, 2010