All Aboard!
It had to happen. After 10 years
Railroad Earth has it's first train song.
Jupiter and the 911
It will be on the soon to be released
self titled cd Railroad Earth.
Due to be released on October 12th.
It will be there first cd under the
New Haven Music label.
It will consist of 9 songs written
by Todd Sheaffer.
Also in the band,
Violinist Tim Carbone
Mandolin John Skehan
Drums Carey harmon
A little bit of everything Andy Goessling
and on bass the newest member of the band Andrew Altman.
Kicking off it's 16 shows before the release of
Railroad Earth cd at
FM Kirby Center in Wilkes Barre Pa.
and 23 more shows to end out the year
in Denver Co for a 3 night run at
the Ogden Theater.
http://www.railroadearth.com/splash/ 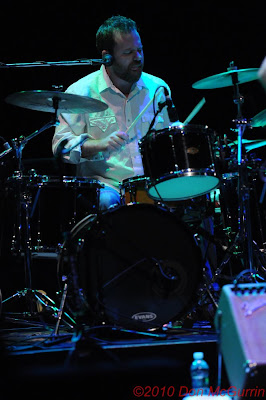 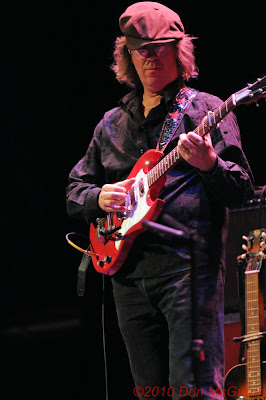 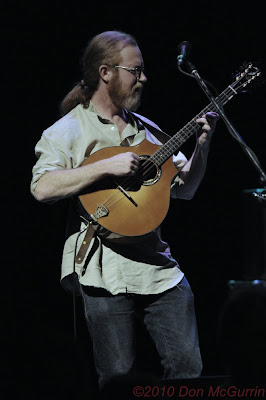 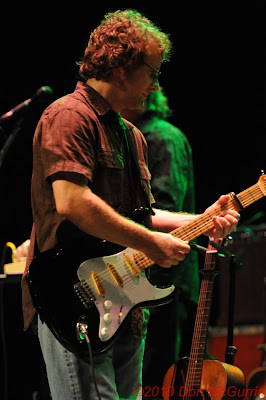 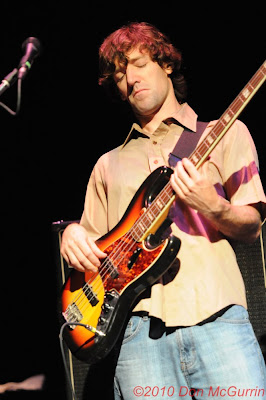 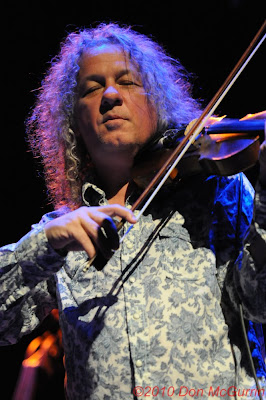 The Pixies at The Tower Theatre in Upper Darby, PA. September 7, 2010. 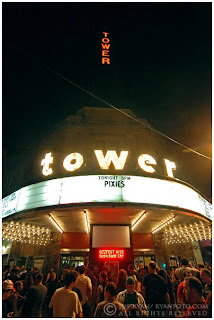 Taking the stage at the historic Tower Theater in Philadelphia Tuesday night, the Pixies opened the final leg of their Doolittle redux tour with a blast of nostalgia, melting faces both young and old in the process. Over the last year, the band has jumped on the "front to back" touring bandwagon, focusing on one album from their oeuvre and playing all tracks from said feature, sprinkling the set list with b-sides and other rarities from that period in their career. As "Doolittle", their seminal art-punk-rock-pop album released in 1989, is considered by many to be a touchstone in the alterna-rock category, it was cause for celebration for hipsters everywhere as the band strolled on-stage, opening the set with the obscure b-side "Dancing The Manta Ray". Backed by a rather elaborate lighting / video system synced with the bands efforts, the group plowed through such hits as "Monkey Gone To Heaven", "Hey", and "Gouge Away", delivering meaty riffs and classic lyrics from what many still consider the halcyon glory days of indie music.

Francis Black, Kim Deal, Joey Santiago and David Lovering have had one of the more well-publicized, tempestuous relationships in the annals of broken rock-and-roll bands. Moving on to varied solo careers and session work, the band reconvened 4 + years ago to milk the alterna-nostalgia market. Unlike the majority of like-minded ventures by other bands of their ilk, this reunion was rapturously well-received from the outset, introducing a new generation of skinny jeaned, floppy-haired youths to the harsh yet soothing soundscapes the band so elegantly captured back in the late 80's. Their talent and virtuosity was on full display Tuesday night as they plowed through the album in its entirety, making minimal small talk yet producing maximum volume as hands were waved and lyrics were mangled / shouted. Two encores later, the crowd was sated as the band took their final bows together as a group. I'm not sure we'll ever have the pleasure of hearing new music from this band again. However, I am sure the pleasure recognized from seeing them live more than compensates for this in so many ways. 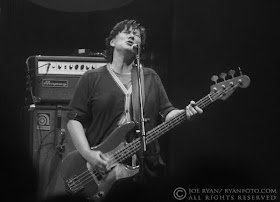 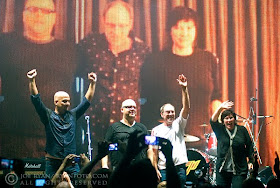 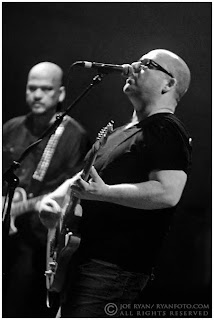 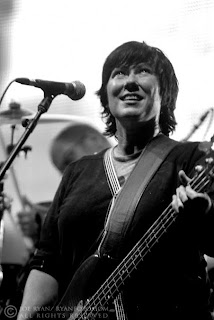 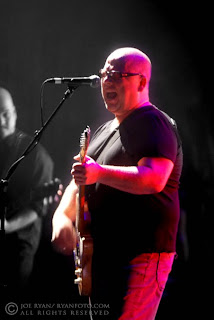 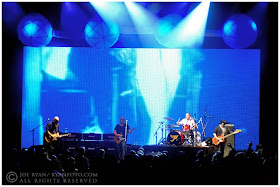 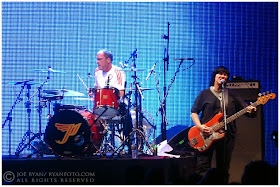 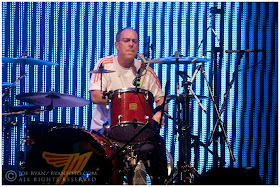 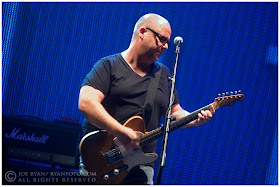