Frightened Rabbit at the Starlight Ballroom in Philadelphia. October 28, 2010. 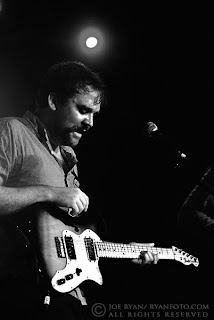 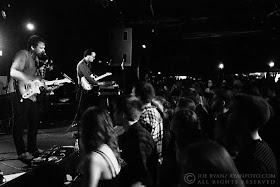 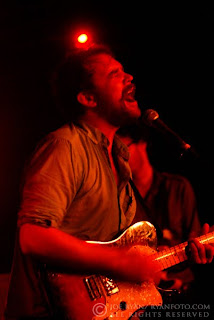 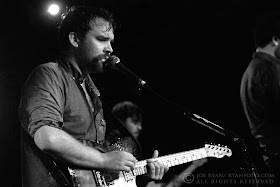 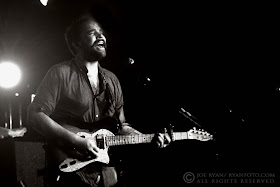 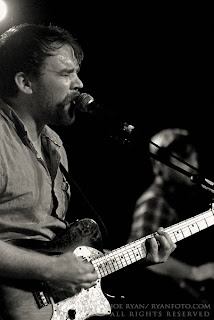 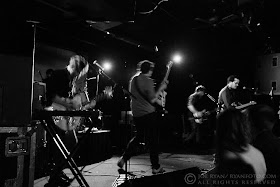 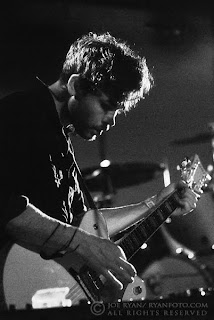 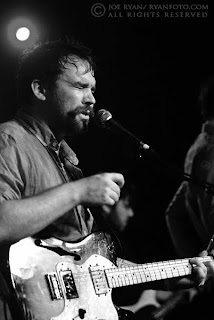 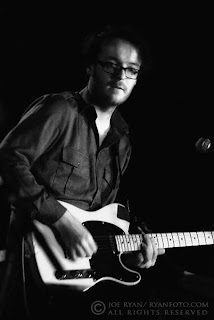 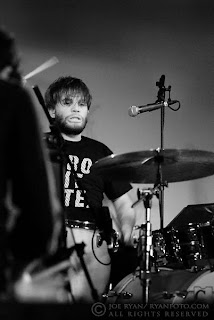 Remaining dates on their US TOUR:

Photos and words by Zach Stamey 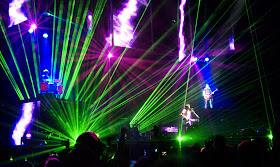 After headlining Coachella, the British rock band Muse made a stop in Raleigh, NC at the RBC Center while they continue their tour for their latest album "The Resistance".

The night kicked off with their special guest Metric, whose music was used in the soundtrack for the 2010 film "Scott Pilgrim vs. the World".

As good as Metric's performance was, there was absolutely no way to prepare for the face melting mayhem of music that Muse unleashed upon the massive coliseum of screaming fans. 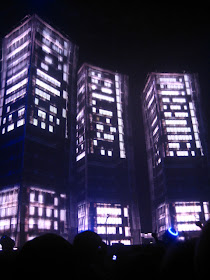 The clock strikes 10 and the lights go out. The crowd erupts with ear-piercing screams as three massive towers illuminate from the darkness. The curtains over the towers drop and the insane mind numbing performance ensues as Muse rocks out at near 30 feet in the air, high atop the mid-level part of the towers. 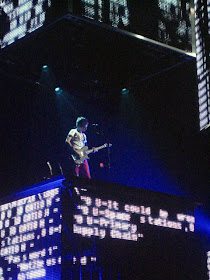 At first glance you wouldn't think that this rock trio could fill this enormous stage but you would be dead wrong. Half way through their second song the towers began to slowly lower to the stage level below where both guitarists took off in either direction, running to both stage left and stage right where microphones awaited them both. 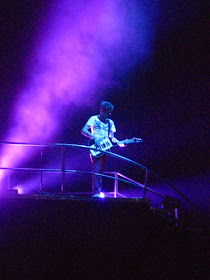 They had everything from lasers to fog, to live video being projected onto the towers, you name it! 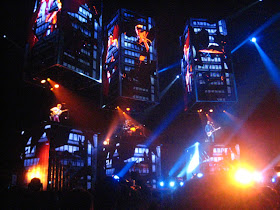 At one point in the night a bright light was shone onto lead vocalist/guitarist Matthew Bellamy's ultra reflective guitar as he beamed the light out onto the crowd like a search light.


Muse is a band that is not to be missed. If you see that they are performing near you, drop what you are doing and go see them. You will not be disappointed.

Coming off an above average three night run in Broomfield, Colorado, the anticipation could not have been higher for the only Phish shows below the Mason-Dixon line during the 2010 fall your.

Phish Lot
A beautiful day and a friendly city/venue officials allowed for a really nice lot scene. This gave the hundreds of phans who follow Phish around the country a place to meet up, reconnect, sell merchandise, and even whip up a veggie burrito or two.
As the sun begin to dip into the sky, a line quickly formed as few phans wanted to miss out on grabbing great spots/seats for this all general admission throwdown. Setting the tone with a always enjoyable Punch You In The Eye, the band established a bouncy energy from the very start.

Trey Anastasio with Phish
Moving into a upbeat Possum, the crowd was really starting to get amped-up early. Perhaps feeding off this energy, the boys moved into a Bathtub Gin that contained the best composed jamming of the set, if not the night. The aisle and rows of the coliseum became a place for grooving and get downs during the fun, stand out Gin.
More Phish Photos from this show up at Performance Impresssions' concert photography archives!  Phish Slide Show from October 15, 2010
Bringing out Dr. Jack McConnell for only the sixth time in 'phishistory' and first time in this new era, the crowd got a rare treat as Page McConnell’s father tap danced and sung Bill Bailey (Won’t You Please Come Home). I thought it was a nice personal touch, but it did tone down the vibe the band seemed to be headed in after those first three tunes.

Page McConnell & Dr. Jack McConnell
A standard Boogey On Reggae Women, and the once rare Destiny Unbound came next. Destiny Unbound got little to no love from the already boozed up and ready to rage crowd and as the tunes progressed into Backwards Down The Number Line, I was personally wondering what direction this set was going to head in. ç ê # - is a song that can be short and to the point, or long and jammed out. It also has the tendency to pop up all over the place, so you are never quite sure what you are getting ready to hear. I was half expecting a jammed out exploit, however, it remained a straightforward jam clocking in around the 8 minute mark. However, Trey’s dexterity on his new guitar really shined towards the end of the song, which seemed to be driven forward faster and faster by Fishman’s rapid attack on the drums.

Jon Fishman with Phish
A quick Boucning Around the Room for the casual Phish phan and we were into a Stash. Stash is a song that can really blow your mind with the bands ability to sound perfectly in tight and in sync. Executed extremely well, Stash stood out as one of the high points of this set for sure. Joy, Buffalo Bill, and The Dog Faced Boy were are forced into the block of time that I expected to contain a single song, possibly Run Like an Antelope (it’s quickly becoming the safest call you can make for a first set closer), before the end of the set following Stash. At this point, I was beginning to wonder what the heck was going on with this show after all. Finally, the notes to Run Like an Antelope burst through and the crowd quickly rose to their feet for what they knew would be an all out rager to close out the set.

Phish in Charleston
Using his ever present humor, Trey inquired whether there where any naked dudes in the crowd (a shout out to the 12/5/09 Charlottesville show in which a naked phan got on stage and actually gave Trey Anastasio a hug). The Antelope was stellar and left me glued to my seat during set break. I couldn’t help but wonder what was coming next? How many songs was that set anyways?
Leaving us where we left off, Phish launched the second set into the night sky by opening with Down With Disease.

Trey Anastaio with Phish
Played very well, but again failing to reach the cosmic levels this tune is capable of, DWD landed us into a smooth Prince Caspian. This song’s beautiful notes accompanied by the amazing blue, purples, and green that basked the arena made for a really strong opening to the second set. Moving into  Twist, the band jammed around with what had all the making to be a monster dance party. Following the theme of the first set, the jam failed to really go anywhere and before long the always appreciated cover Roses Are Free twisted its way into our ear drums. Following Roses was My Friend, My Friend, which has a tendency to create a dark, sinister vibe to any show. Coming out of 'MFMF' came a new song that had just made it’s debut two shows prior. My Problem Right There is a really fun song lyrically, and had been stuck in my head for the entire eight hour car ride down to South Carolina. I was really happy to hear it, but I seemed to be one of few, based on the crowd's reaction, but then again it could just have been unfamiliarity. The song also contained a guitar and piano section towards the end that was not included in the debut. We were now halfway through the second set and I still had no clue what they were going to do. Damn, you got to love this band for keeping you guessing.

Page McConnell with Phish
A super short funky Tube provided the shot of energy this crowd was in desperate need of, but it came and went before I even knew it was around. “Where did that Tube go” I remembered saying to a buddy of mine. No time to discuss though as Mike's Song signaled the always popular Mike’s Groove was getting ready to bass blast our faces off. Sadly, it was way too short and played right into one of the worst choices ever following a Mike’s Song. The Horse>Silent In The Morning (two songs always linked together) just was a strange combination. The time it provided me to piss was seriously the only good thing about it for me. It’s been almost three weeks since the show and I am wished for a better choice for the setlist—The Horse>Silent can be great when placed right (see 6/17/2010 for a great example).

Finishing off the Groove of Mike’s Groove came Weekapaug Groove, which was nothing special, but again jazzed up the crowd for what we had to figure would be the encore.

With the energy level picked up, the band played the crowd favorite Suzy Greenberg which had the whole place singing along and screaming “Suzy! Suzy! Suzy! Suzy! Suzy! Suzy Greenberg” as a copious amount of glow sticks invaded the space above. Drifting us into the beautiful ambient-laced masterpiece that is Slave To The Traffic Light the boys closed out what felt to be like a super-long show. Slave was fantastic and is the hands down, stand out highlight of the show for this reviewer. I’ve mentioned to friends before that they could play Slave at every show I attend and I’d be a happy man, so I might be a little bias here. Encoring with Character Zero for my good friend Tommy (he wanted it all night long for some reason) that crowd was sent packing into a wild, warm autumn night with a head full of questions and a mouth full of smiles. What we didn’t know is how melted those minds would get and how much larger would those smiles would be after the following night’s jam fest. Stay tuned because that is going to come to Concert Photos Magazine with Day's 2 review. 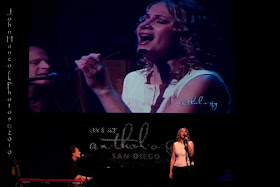 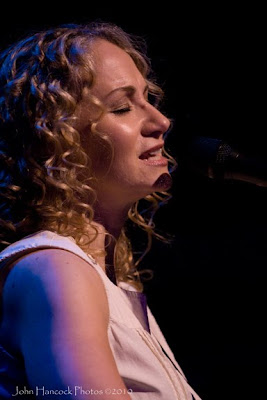 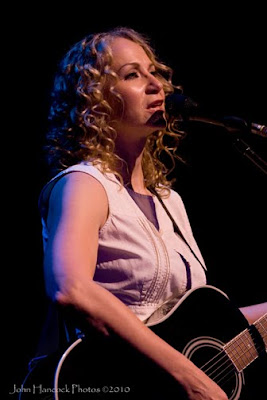 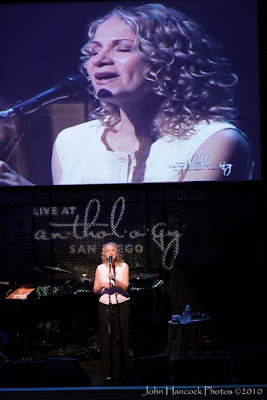 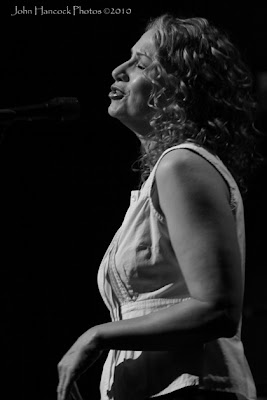