Sunday night was an eclectic mix of musical performances.  Rock, Rap and Hip Hop with a mash up of DJ and drums.
First up was the band Porcelain Black.  This Rock Diva gave a great performance featuring her hit single "This is what Rock & Roll Looks Like" featuring Lil Wayne. 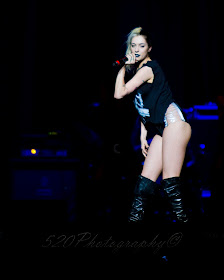 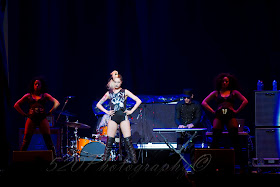 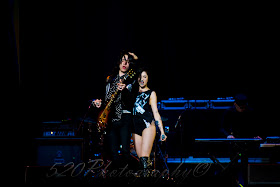 The next performers out had a very unique stage setup.  A 20' tall techno boom box was erected on stage and filled by the likes of Mix Master Mike of the Beastie Boys and Travis Barker from Blink 182. I have never witnessed a mix of this magnitude on stage before.  This was a true musical treat. To answer his question, Yes.  This drummer got some! 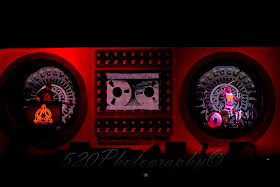 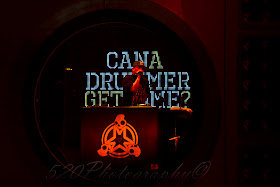 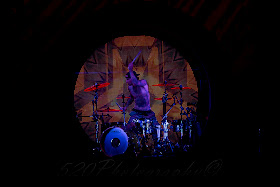 Rick Ro$$ had the crowd bumping and swaying to his rhythmic chanting. His high energy,low key performance got the crowd in the mood for the headliners 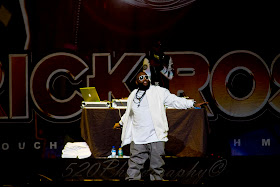 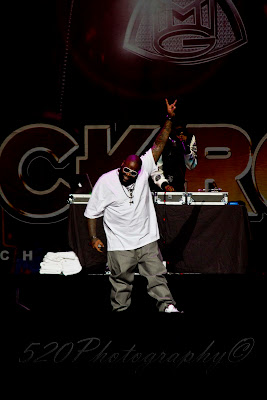 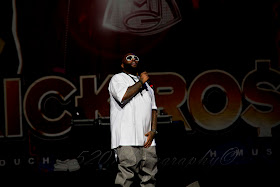 Lil Wayne emerged from the center stage floor to a warm welcome from the packed house.  He was all smiles.  This guy can spit rhymes and lyrics as if it was his own language that he has a masters degree in.  after the 3rd song, he explained to the fans that he tanks God for where he is in his life and how he would be nothing without his fans.  He truly appreciated the support his loyal fans have given over the years. 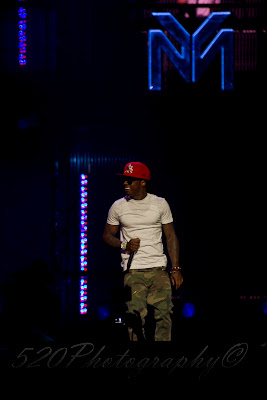 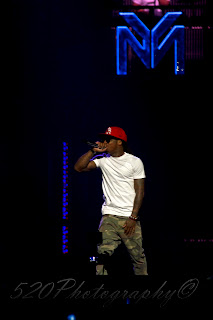 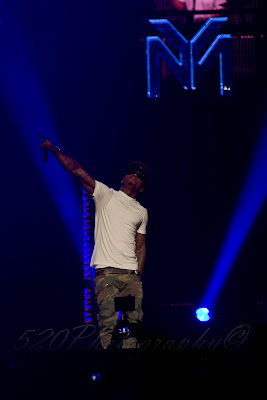 As a special treat, Lil Wayne walked off stage about 30 minutes into his performance only to be replaced by his friend Nicki Minaj.  This was an unforgettable performance as well.  Rainbow spandex and wild hair, she tore it up. All in all, the fans got a great show. 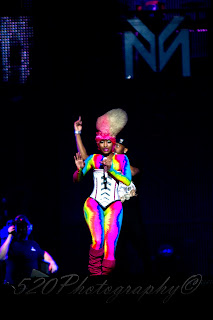 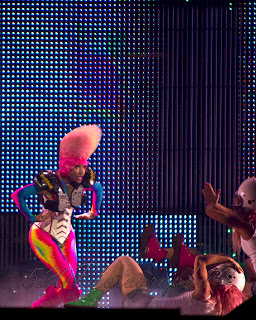 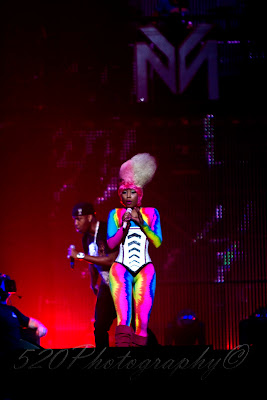