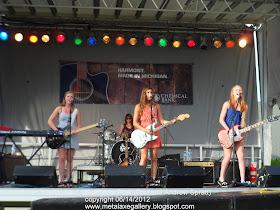 
Harborfest 2012 my assistant and I worked as stage hands to help and show our support.  While we were stage hands we also took pictures of the acts that were on the days we worked.  Thursday 06-14-12 was the start of the festival.
Purple Apple was the first show to go on in the festival.  My son and I don’t usually cover pop, blues, funk or light rock but for the festival we made an exception.


Purple Apple:
At first my son and I were surprised how young the band was.  An all teen girl band that signed with Sony and is playing Lollapalooza seemed interesting.  We decided to give them a chance and listened to them play.

They play the music from the heart with songs on the set list they mostly all original other than a cover song.

Purple had a rock to a pop sound that was enjoyable to listen to.  The band carried themselves better than older bands.  And if they came back around I’d listen to them again.

Purple Apple is easy to check on facebook.com and judge for yourself. 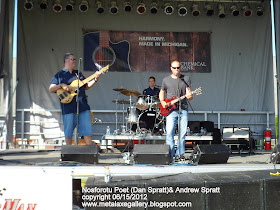 DB and the Dinos:

Friday DB and the Dinos opened the festival after we loaded them on stage and did sound check.  When they did the sound check I listened and watched the guitarist get ready.  I liked what I heard when a blues chord or riffs were struck.

I thought about how blues helped create rock.  DB and the Dinos had a blue/rock sound to them.  We both enjoyed listing to some good quality blues that the band played.  When off loading I had to grab their set list to share with all the readers.
1) Hard To Handle.
2) Tore Down.
3) Give Me One Reason.
4) Chevrolet.
5) Hoochie Coochie.
6) Old Weakness.
7) I’m With You.
8) Givin It Up For Your Love.
9) Shakey Ground/Superstition.
This band has a rock/blues taste that was enjoyable to listen to.  You can catch them of facebook or in concert. 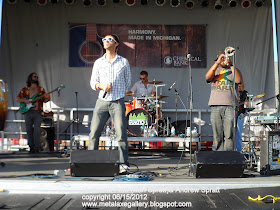 Funktion:
With a mixture of funk, blues and rock they made a good show for all that was at Harborfest.  With the unique sound composed of drums, bass, lead guitar, key board, bongo drums, trumpet, and great vocals.  They brought the funk.

I had a chance to grab their set list and it goes as follows:

Their music ability was great for the mixture of styles they used.  You can catch them in concert, or on facebook.  Don’t take my word for how good they are judge for yourself. 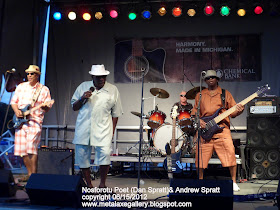 Freddie Cunningham and the Root Doctors:

When I heard them play it reminded me of the great blues that was played in the movie, “The Blues Brothers”.  They were very professional from the heart of the blues.  If you like blues they will take your breath away with their great sound.

This blues group brought the blues using keyboards, bass, lead guitar, drums, and amazing lead and backup vocals.  If you ever have a chance to see them it’s worth your time.

For the first two days of harborfest there was pop, funk, blues and rock that my assistant and I caught while working the stage.  This made for an enjoyable two days even though we worked hard being stage hands. 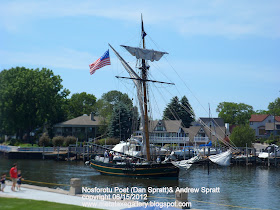