The Red Hot Chili Peppers perform in San Diego for another sold out performance at The Valley View Casino Center. The band was up to their usual antics of jumping around the stage and getting great crowd interaction. I got to interview Flea pre-show and I must say his brand of sarcasm is right up my alley. It turns out we were both surfing the same beach before the show. This show was re-scheduled from several months ago as Anthony Kiedis broke his leg. The setlist was great as they played a little bit off every one of their albums including the songs "Otherside, Under the Bridge, Around the World, Sir Psycho Sexy, By the Way." The sound quality was very good for an arena show and their stage setup was impeccable with several large monitors playing real time band videos. 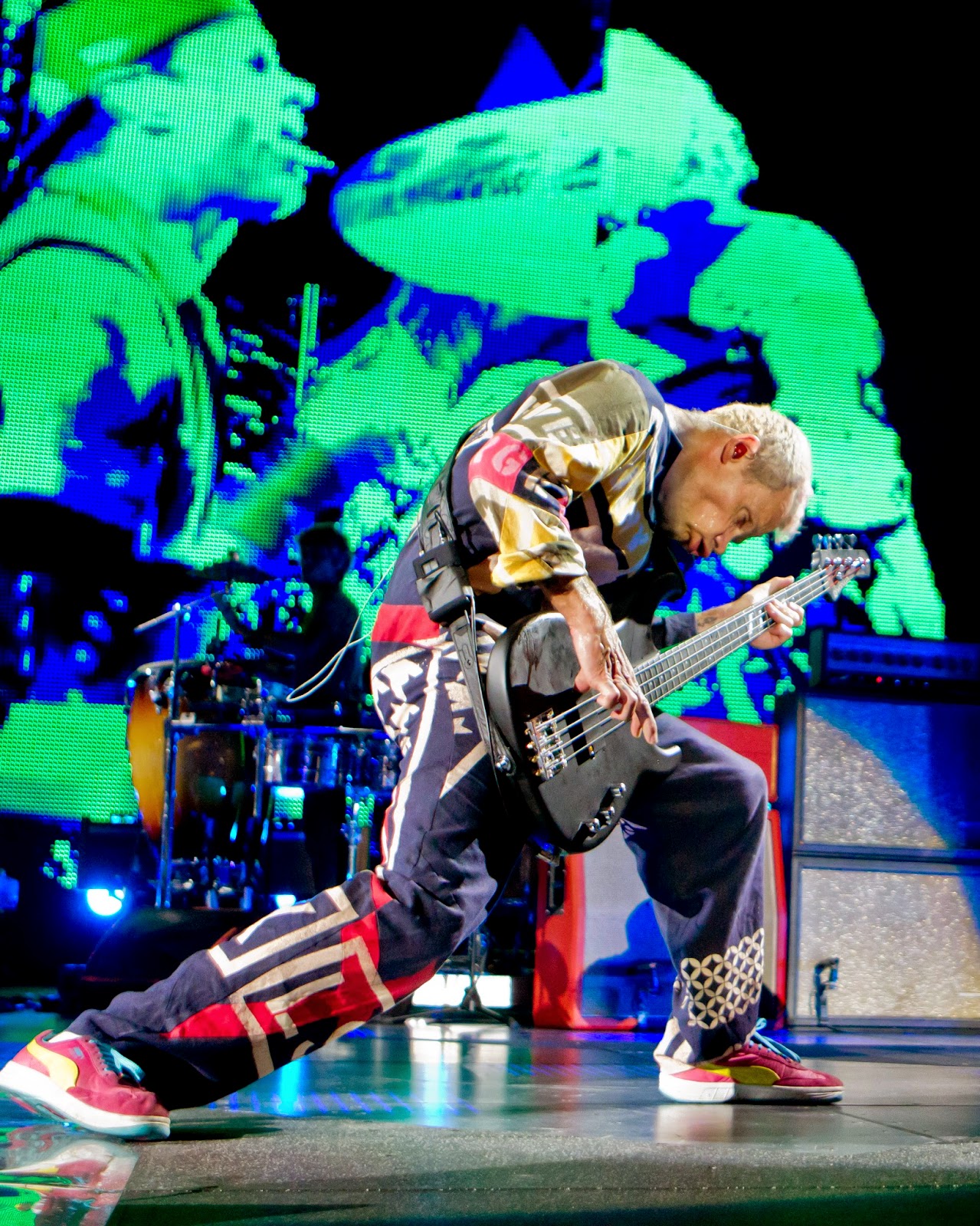 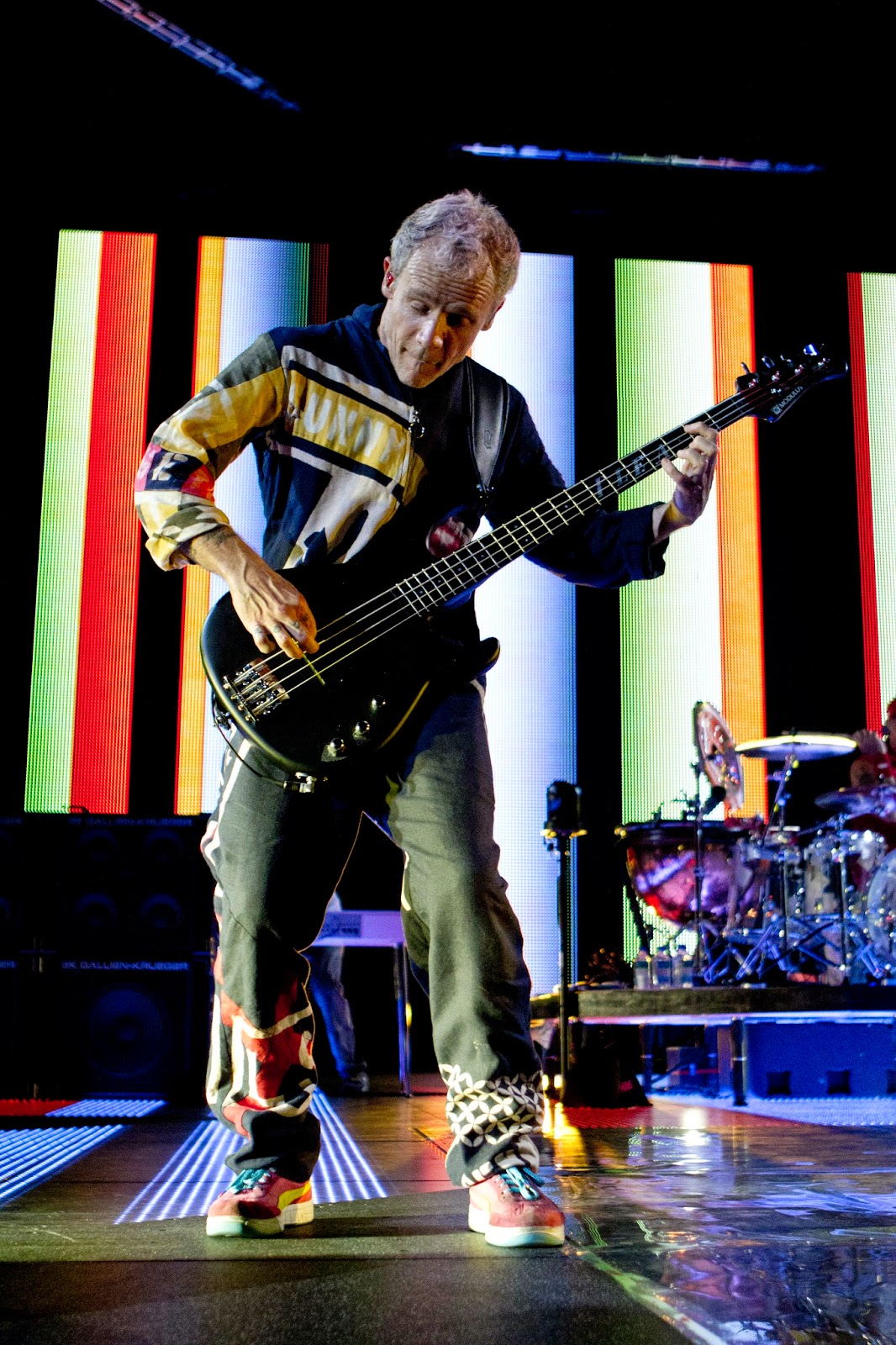 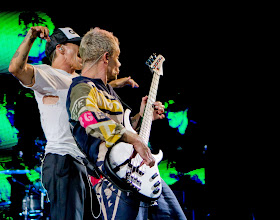 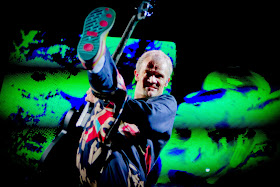 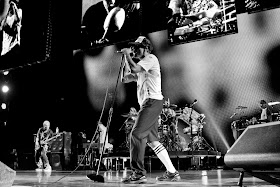 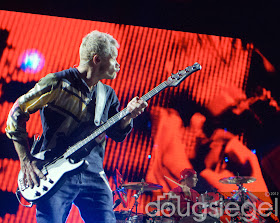 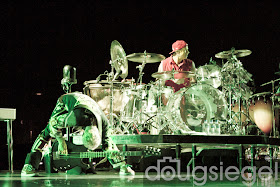 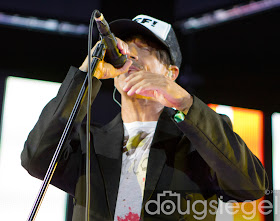 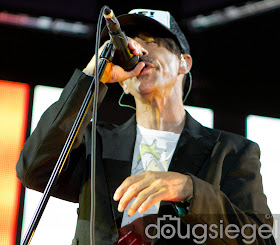 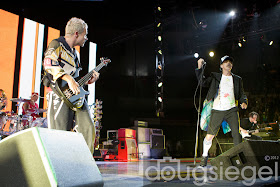 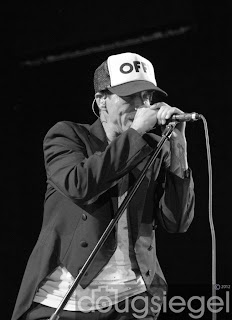 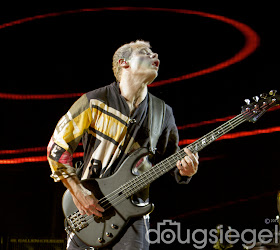 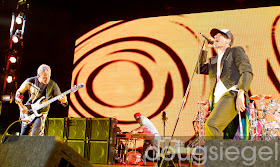 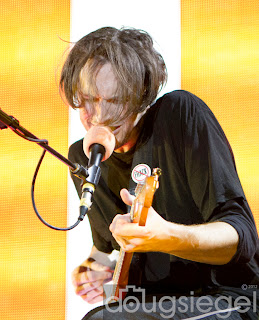 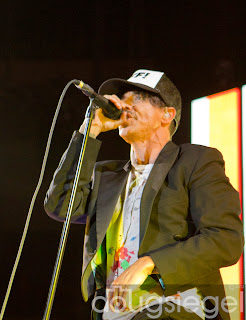 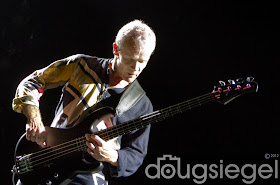 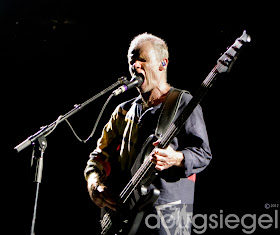 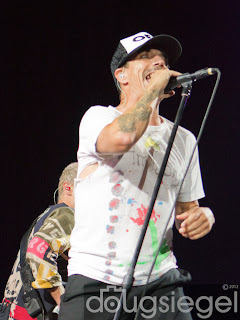 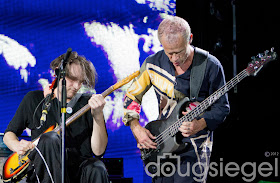 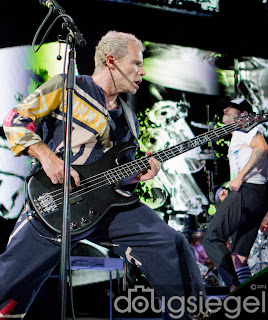 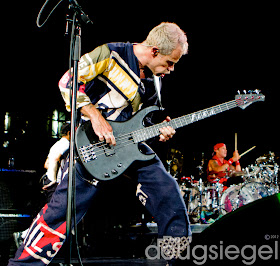 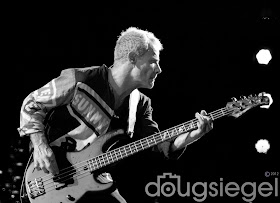 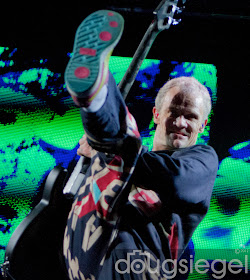 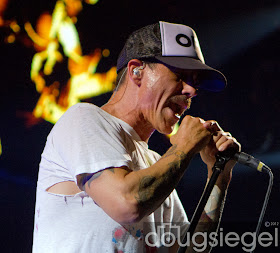 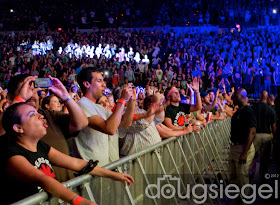 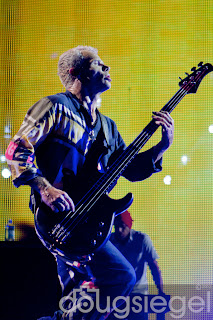 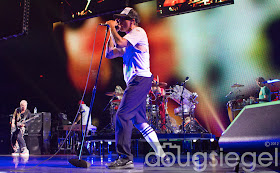 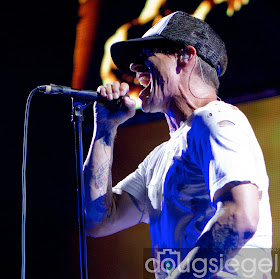 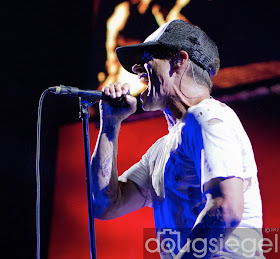 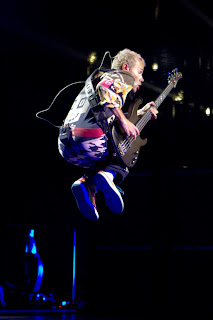