The Lady based Granny Whites, Pony Chase, and Take The Power Back (a RATM tribute band) threw a party at the legendary Exit Inn January 21’st to benefit the Nashville Roller Girls (www.nashvillerollergirls.com). And how these girls rocked the house in good cause. The Roller Girls bust and kick ass for little or no money, basically for the love of the sport and the turnout showed both a love for the music these bands made and for the Roller Girls cause. Hats off to the Exit Inn for hosting the event. And thanks Ladies for the kick-ass music that night. 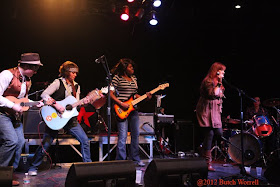 Images and article by Doug Siegel

Wilco played for a sold out crowd on January 22, 2012 in San Diego at Copley Symphony Hall. The band opened with a ten minute version of "One Sunday Morning" and encored with "Whole Love" off their recently released album, The Whole Love. Following "Whole Love" in the encore came old favorites such as "Heavy Metal Drummer" and "Outta Mind." The show had songs from all of Wilco's albums but played a lot of tracks off The Whole Love and Hotel Yankee Foxtrot, which got a great response from the crowd. The crowd was quite diverse with several people saying "this is my favorite band." Wilco is currently on tour selling out most venues that they bless with their presence. 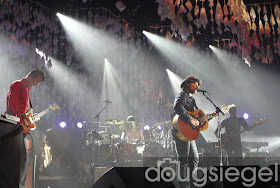 Diego Garcia at the Highline Ballroom


Following the release of his first solo album Laura,  Diego Garcia brought his warm,  Latin tinged sound to the Meatpacking district in lower Manhattan.  Far from his earlier incarnation as the lead singer from Elefant, Garcia has left his Bowie-esque phrasing behind for romantic crooning that combines elements of Julio Iglesias and Brian Ferry. 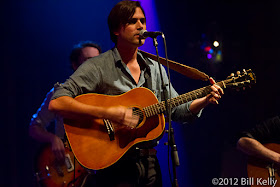