I had gotten my pass to shoot Lady Antebellum at one of their sold - out shows.
Opening was Darius Rucker and Thompson Square - I had never seen Hootie and the Blowfish, or Darius on his current country tour. 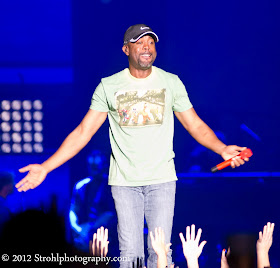 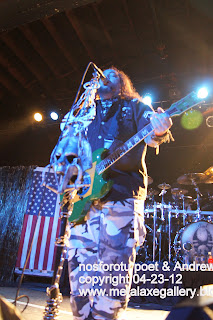 Interviews
Soulfly’s Marc Rizzo: He was nice enough to let my son and I both interview him while relaxed before the concert.  He mentioned to my son that he needs to keep playing guitar and get a band together.

His main influences was and guitarists that are greats like  Joe Satriani, Jason Becker, Yngwie Malmsteen, Stevie Ray Vaughan, Hendrix and many more.

Usually when creating music the riffs are made first then the lyrics.  Each person adds their input on making songs.

My son and I feel he is a shredd legend just like his influences and I’m sure there are many of metal shredd heads out there that say Marc Rizzo is one of there influences.