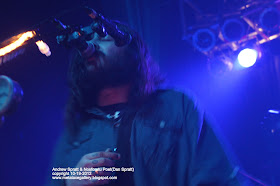 
My son and I working as a team made it to The Orbit Room in Grand Rapids, Michigan early.  While we were waiting in line for an hour we ran into friend we met at Five Finger Death Punch.  As we report more and more shows we make friends along the way.

All of them have great taste in music. That’s why we keep running into them at shows.  Before the show we talked a while about up coming shows at The Orbit Room.  Lately The Orbit Room has been lining up some great rock and metal shows.

So far this year we’ve been to The Orbit Room three times and plan to be back two more times at least.  The Orbit Room is a great place to go for a concert.  Usually before or after bands sets are done they’ll hang out at the band’s merchandise booth. 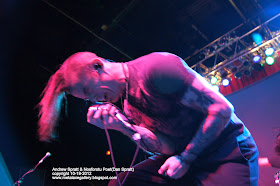 The Smashing Pumpkins returned to San Diego on October 13th to play for an enthusiastic crowd at SDSU's Viejas Arena. The first set was their new album, Oceana, in its entirety. The new album shows Corgan's maturity in the music business, and features the depth of the Pumpkins' musical talents.  Billy has always said he gets bored playing Gish and Siamese Dream tracks and is moving in new directions. The Oceana set sounded less melancholy than previous works, with complex rifts and melodies that old school Pumpkins fans seemed to enjoy. The second set was all of the classics. Billy seemed to be in a great mood on this fall night towards the end of The Smashing Pumpkins Oceana tour. We were not allowed to shoot from the pit at this show. The floor was packed and I forgot my zoom, but still got a few photos to exhibit. 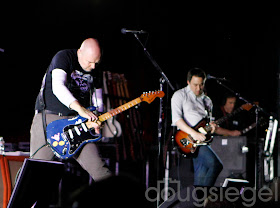 Grace Potter and the Nocturnals

Words by Izzy War
Vermont band Grace Potter and the Nocturnals played Asheville’s Orange Peel on October 4th.  They are known for their fiery live shows and their eclectic sound recalling 70’s classic rock.  The five piece band with songstress Grace Potter at the helm has been touring consistently since their inception almost 10 years ago. 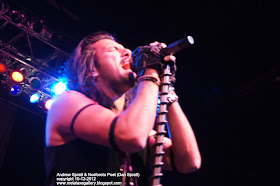 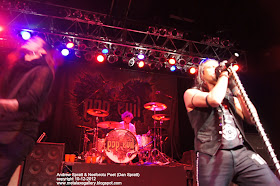 When I heard that Pop Evil was putting on a show at The Orbit Room in Grand Rapids, Michigan it sounded like a concert to go to.   When I told my friends at work they thought I was crazy to go but probably would do the same thing.  After working 12 hours I hurried out of work and picked up my son to assist me in covering the concert. 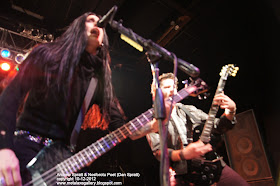