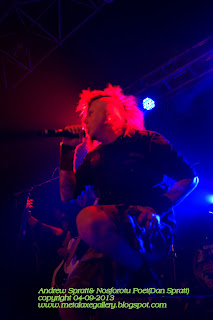 
This show had a great line-up worth seeing live.  The line outside Club Fever reflected that as it went half a block or more outside and kept getting longer.  The line was packed full of loyal hard rock and metal fans.

Each person had their own story to tell about seeing concerts like the legendary Pantera all the way to Metallica.  While you wait in line most of the people in line enjoy passing the time talking about music or playing guitar.  It was a pleasant 79 degrees in South Bend, Indiana which was perfect for waiting in line.

The temperature difference was a pleasant surprise because in Michigan it was mid-50 and raining where we came from.  You could feel the excitement growing in line as it started to move.  There were many diehard fans of metal in line that showed up on a work day including myself. 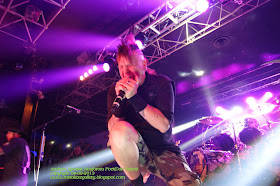 As the line filed through and into the venue the bar became packed with thirsty rock and metal heads.  In the standing area for the show the floor started to become packed for the first band Sunflower Dead.

Sunflower Dead:
After sound check was ready there was a lonely accordion sitting on stage.  The first thing someone thinks is, “what is an accordion doing at a metal show”?  Michael who does the vocals, piano and accordion casually picks it up and smiles at the crowd. 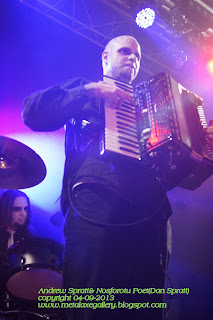 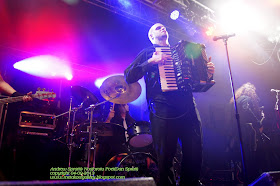 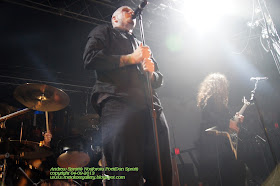 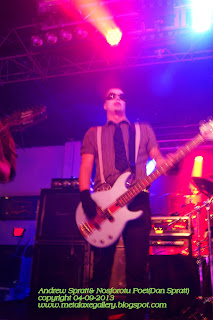 Michael begins to play the accordion as Jaboo who plays lead guitar and Jamie Teissiere who play guitar joins in playing.  Leighton Kearns on bass thunders in followed by Jimmy Schultz on drums.  The accordion mixed in with the band to create unique and captivating music.

The opening is so unique with the accordion you can’t resist listening to what song is next to be played.  The band was founded in 2012 and carries a great unique sound.  They had the difficult task of warming up the crowd and keep them going.

Sunflower Dead start the crowd up and got them going crazy when Jaboo did some shredding guitar tapping.  The mosh pit was already becoming a small circle of chaos.  As the people packed in to listen to Sunflower Dead you could tell that Club Fever was getting close to becoming sold out.

Sunflower Dead has a unique name and a unique sound that is enjoyable for fans of rock and metal both to hear.  This band will draw you in and keep you wanting to hear more and see more of them.  The next time they come around you won’t be able to resist seeing them again and again.

Nonpoint:
The next band to come out and make the crowd go insane was Nonpoint.  Nonpoint consisting of Elias Soriano (vocals), Robb (drums), Dave Lazio (guitar), Rasheed Thomas (vocals, guitar, percussion), Adam Woloszyn (bass).  This band sonically grabs you by the ears and shakes you around with their great sounding metal. 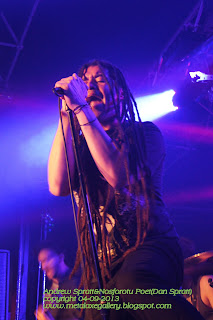 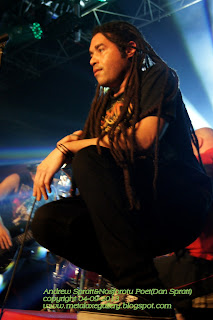 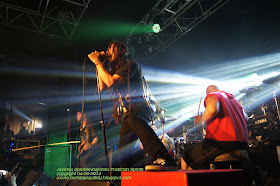 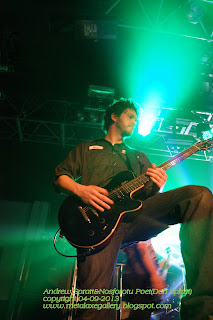 The crowd’s moshpit became larger as the music supercharged everyone.  A moshpit at a metal show is almost a requirement in honor of the bands performing.  This is a band the puts on a great show with great metal and working the crowd on stage.

Set list:
Dangerous Water
Hands Off
What A Day
Broken Bones
I Said It
Left For You
Alive & Kicking
Bullet

Every song on the set list sounded great live which is the true test of the quality of a band.  This is a band once you see them you will want to see them again and again. 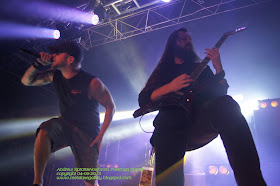 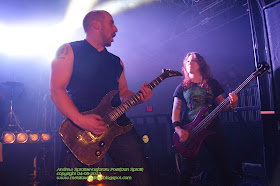 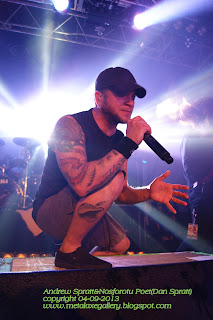 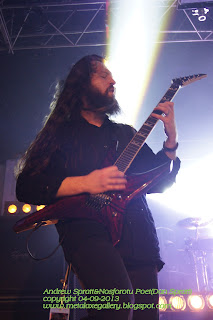 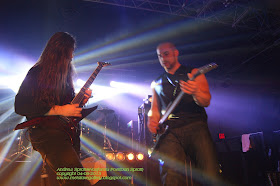 This band has a great stage presence commands you to listen with their thundering sound.  The roaring vocals, shredding guitars, thundering bass and drums create a perfect metal mix.  They pass the live test again and again.

A special thank you to Oli Herbert for speaking with a friend we brought with us Anicka that bought your guitar instructional video.   Oli Herbert is a guitar hero that inspires many of us guitar players.  Each member of All That Remains inspires people to play metal or sing it many thanks to you.

Set list:
Some of the people, all of the time
Stand Up
The Last Time
Won’t Go Quietly
The Air That I Breath
Down Through The Ages
Six
Asking Too Much
Now Let Them Tremble
For We Are Many
Forever In Your Hands
Hold On
This Calling
Two Weeks

This band is a must see live to any metal fan.  All That Remains kept the crowd going crazy from the front to the back at the bar.

Hellyeah:
Hellyeah founded in 2006 consisting of Chad Gray (vocals), Vinnie Paul (drums), Greg Tribbett (guitar), Tom Maxwell (guitar), Bob Zilla (bass).   Hellyeah starts out sounding like a stampede thundering in the amps as they made their way on stage.  As soon as Chad Gray starts to sing or talk the crowd responds and connects with him and the band. 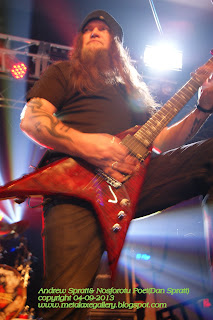 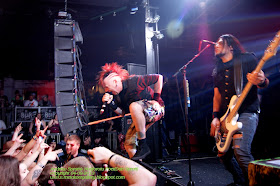 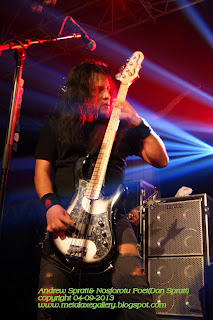 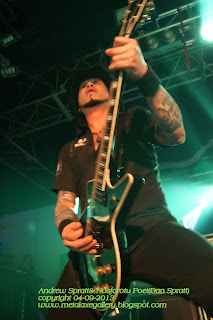 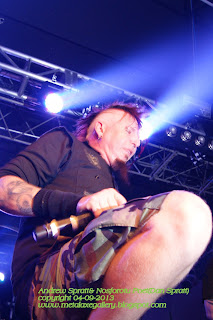 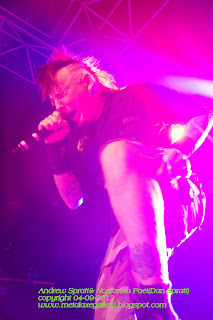 As Hellyeah plays the moshpit becomes a human blender responding to their songs.  With each song the crowd responded back with applause, yells, cheers and the metal horns.  Hellyeah created a sonic rollercoaster ride with each song making you not wanting to get off the ride.

With drum hero Vinnie Paul Abbott bringing the metal thunder that he can only do.  Chad Gray captures you with his roaring vocals.  Greg Tribbett and Tom Maxwell shred on guitars to inspire other guitar players to shred including this reporter and his son.

All four bands created a great show that took the crowd away from their everyday worries for a short period of time.  The bands made you forget and have a good time.  All the bands would be worth seeing again and again because of the quality of music and performance they put into their show. 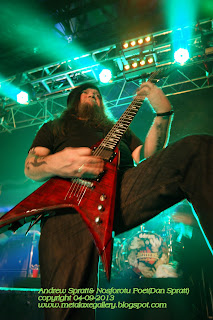