During a very creative, prolific period Pete Townshend wrote another “rock opera”  for The Who reflecting the zeitgeist of the band’s formative years, when ‘mods’ and ‘rockers’ battled for social relevance in the working-class redoubts of mid-60’s England. Mods wore parkas, rode motor scooters festooned with mirrors and listened young bands like The Small Faces and imports from Motown. Townshend’s album reflecting this time, “Quadrophenia”, tells the story of Jimmy Cooper, a young mod coming of age during this transitional period. 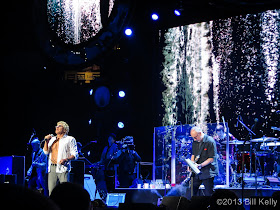 Testament with Flotsam & Jetsam, 4ARM and Flood The Desert 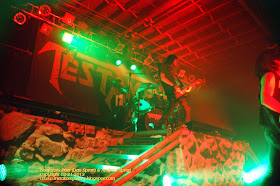 When I heard that Testament was playing at The Intersection it was a must see.  Testament we feel is thrash metal royalty along with Megadeth, Slayer, Anthrax and Metallica.  We were lucky enough to score some tickets from WGRD.

Testament had there new cd for sale so we grabbed one up to rock out to on the way home.  Everyone that claims to be metal has heard of Testament.  Another band I was curious about was 4ARM managed by the great Mr. Blasko.

Mr. Blasko is metal royalty as well.  My son and I had the honor of seeing Mr. Blasko play bass for Ozzy at Ozzfest 2007, Tinley Park, IL.  This show was the first concert I took my son to.