The 2016 Americana Awards show at the Ryman was a true tribute to the music of America. It honored those who have passed on, it honored those still here whose lifetime of music making made them a place among the honorees, and it recognized those rising stars continuing the tradition of making music, Americana Style. Bob Weir, Dwight Yoakam, John McEuen,The Nitty Gritty Dirtband, William Bell, Jason Isbell, Margo Price, George Strait, Jim Lauderdale, Shawn Colvin, Bonnie Raitt, Emmy Lou Harris, Buddy Miller, Steve Fishell and more contributed to the night's success. 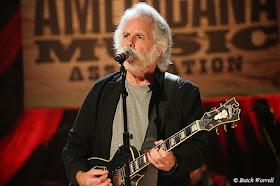 Americana week in Nashville showcases so many different artists that it is exceedingly hard to pick the “best”. This year even more so. From Dwight Yoakam to Bob Weir, or Margo Price, etc., how can one really choose? Well, the decision was made to go by the “bootie” barometer, that is, which artist made you want to get up and dance, ie. “shake your bootie”. Using that criteria the winner is unmistakably the legendary Bobby Rush. 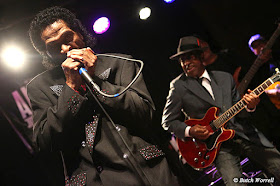