KAABOO | Del Mar Fairgrounds | Del Mar, CA | September 16 – 18, 2016
It was a beautiful Southern California weekend as the weather was perfect for an all outdoor festival. It was the 2nd annual KAABOO and my second time in attendance for this three-day event. There were definitely more options this year than last as KAABOO advertised itself as a high end all sensory experience including good food and spirits, spa like indulgences, music, comedy and art. They even had a swimming pool…..
Dave Stotts Photography No comments:
Share

Bob had come to Nashville to receive the Lifetime Achievement award from the Americana Music Association and also participate in the awards show to honor Merle Haggard by performing “Mama Tried” with Buddy Miller and the Americana “all Star” band. As part of Bob's participation in “Americana” week, the next day Buddy Miller held a question and answer discussion event on “Blue Mountain”, Bob's first new solo album in 30 years, with Bob and Josh Kaufman, his co-producer, that included both playbacks from and live performances.
(see set list photo in photo gallery) 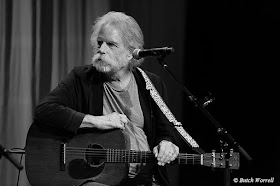