Iconic Chicago blues legend Buddy Guy thrilled fans in St. Augustine, Florida at the sensational St. Augustine Amphitheatre, performing with his usual showmanship. Looking and sounding stronger than ever, Guy played an 80-minute set of killer blues that rocked the socks off the crowd. Amid the polka dots and f-bombs, witty banter and guitar tricks, Guy made it look effortless and thoroughly enjoyable, even after all these years of shows. If you have the opportunity to attend a Buddy Guy show in your area, make it a priority. They broke the mold with him, and it just doesn't get any better. 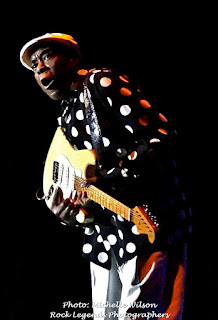 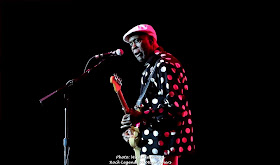 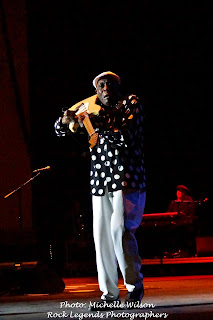 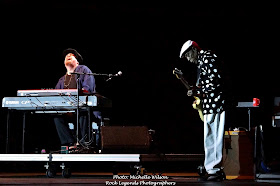 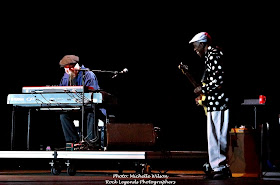 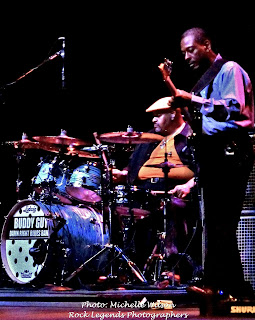 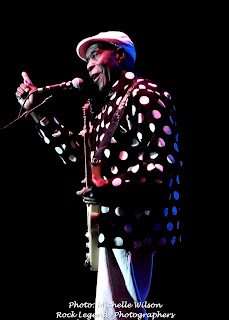 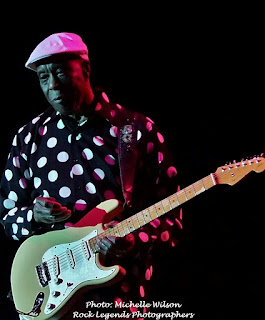 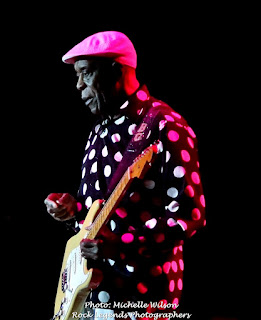 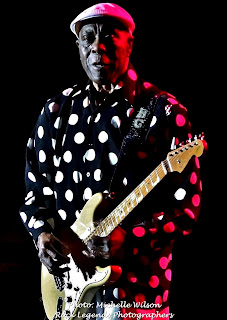 Paying homage to Stax Records, Guy did a rousing version of "Who's Making Love," a number one hit for Johnnie Taylor in late 1968, and then he slowed things down with his beautiful version of John Hiatt's "Feels Like Rain" and then his own "Skin Deep," a song he always dedicates to his mother, who told him when he was young that "beauty is only skin deep." 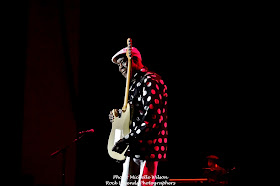 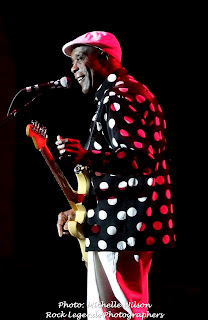 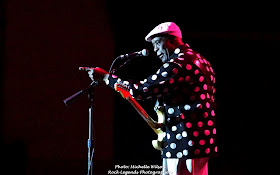 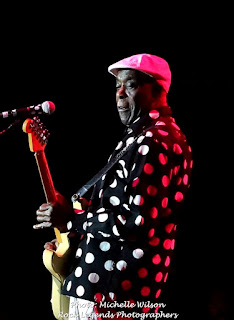 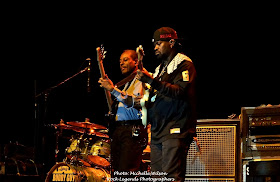 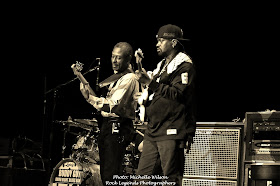 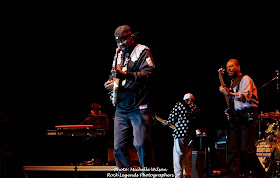 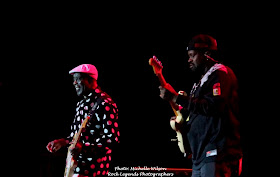 Guy was quite aware of the strict venue curfew and did an abbreviated version of his usually lengthier tribute montage. Snippets of John Lee Hooker, B.B. King, Jimi Hendrix and Cream were interspersed with guitar fun including playing with a towel, with his mouth and behind his back. Mentioning his "good friend, Eric Clapton," Guy offered a bit of Cream's "Strange Brew" and headed offstage into the thick of the appreciative crowd, also playing the Denise LaSalle-penned "Someone Else Is Steppin' In (Slippin' Out, Slippin' In)." Returning to the stage, and rounding it out with a few seconds of "Fever," Guy tossed out guitar picks and even handed one to a teen fan. There was not one person sitting down, and the evening ended in stellar fashion. Thanks, Buddy Guy, for being Buddy Guy, and for all the years of music! 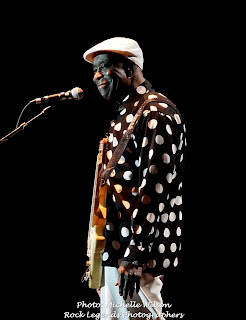 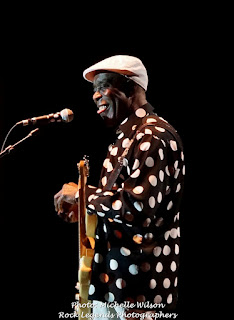 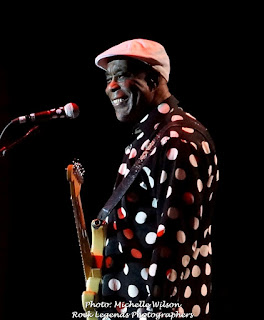 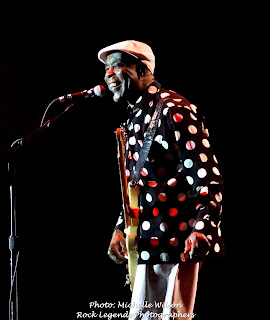 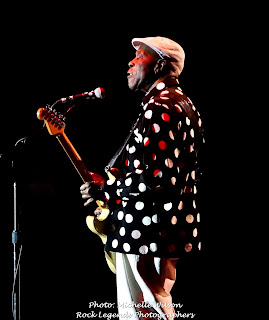 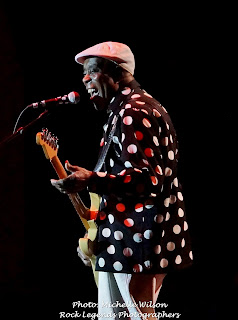 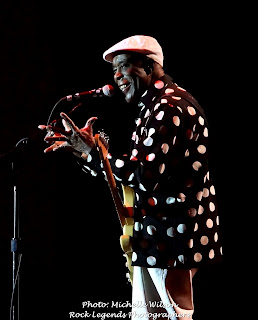 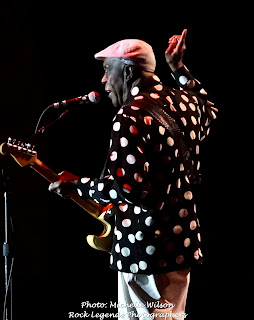 Check out the full set of photos from myself and Michael Yanko of Rock Legends Photographers at the link: