When the benefit was first planned Tom was still living and wanted to perform. However he did not make it but was well represented by Ginger Shinness, Heather Shinness, and Jasmine Cheri Shinness. 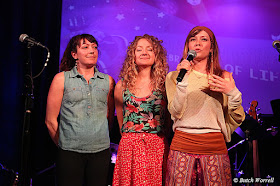