Sean Chambers is one of today's most talented bluesmen on the music scene, and he is the real deal. Co-mingling his original compositions with covers from classic blues icons, Chambers' deep, gravelly tones and smooth, tasteful guitar licks offer one hell of a killer live show. The Florida native has been influenced by and compared to everyone from Stevie Ray Vaughan to Gary Moore, and he lives up to those comparisons. Chambers and the band took the stage at 7:10pm on a sweltering night in South Florida, and the only thing hotter than the weather was the music. Backed by an incredibly tight band of seasoned pros including bassist Todd Cook, keys/Hammond B3 player Michael "The Professor" Hensley and former drummer Paul Broderick sitting in for current drummer Kris Schnebelen, the house was indeed a-rockin' at Terra Fermata for two blistering sets of bad-ass blues. See the end of this article for links to the full set of photos from Rock Legends Photographers and live footage from this show, as well as a link to my Ink 19 review of Chambers' latest release, Trouble & Whiskey, which is currently #7 on the Living Blues charts and a must-have for every blues fan. 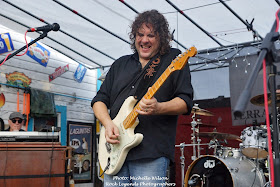 Jack Pearson's Birthday Bash at 3rd and Lindsley this year was perhaps the best ever. Jack loves to play (a waitress remarked “he would play all night if we let him”) and nothing makes him happier when his friends turn out to jam with him. This year's friends included Tommy Emmanuel, Shaun Murphy, Moe Denham, Dave Duncan, Ruth Ann Conley (“Sister Ruth”), Tim Gonzales, Lydia Bain as well as his regulars Charles Treadway on the Hammond and Joshua Hunt on drums. 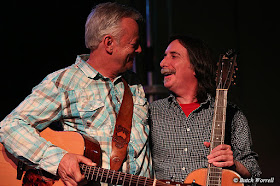