Before breaking into “Life’s Been Good” during last Monday night’s show at the Paramount, Joe Walsh told the story of how when trying to impress the Eagles before joining the band, he rented a tank to drive to the American Music Awards.  Upon arriving at the gate, an official with a clipboard told Walsh “you can’t come in here with that” to which Walsh replied, “you’ve got a clipboard, I got a tank, who you think’s gonna win....”.  Walsh got in, the rest is Rock history.
Walsh has been a major figure on the American music scene since the early 70’s, first as a member of the James Gang, then through several solo iterations and, beginning in 1975 as a member of the Eagles.

Dr John and the Nite-Trippers bring the voodoo to Franklin

By Butchie (Butch Worrell)
Nashville, TN
Dr John and the Nite-Trippers brought the voodoo magic to the Franklin Theatre recently. That is Dr John’s musical voodoo magic, a unique blend of Creole funk, rock, blues and jazz that embodies the “New Orleans’s” sound. 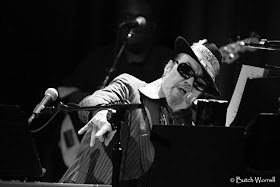 It may have been a bitterly cold night outside, but inside, Muse heated things up in TD Garden!  With blistering riffs and pounding bass lines, they kept the packed house on their feet and energized the whole night through. 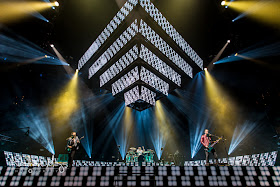 Temptations and The Four Tops at the Ryman

Temptations and the Four Tops rocked the Ryman 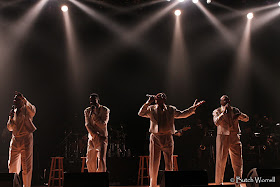 
Opening up for Eric Clapton at the Time Warner Cable Arena in Charlotte, NC this past Tuesday, April 2, 2013 was two-time Grammy winning band The Wallflowers. The Wallflowers have been mainstream since the early nineties. They are led by front man Jakob Dylan, son of rock legend Bob Dylan.

Eric Clapton, the blues and rock guitar legend who has been taking over stages since the early 1960’s,
once again showed his musical prowess in Charlotte, North Carolina on April 2nd, 2013 at the Time Warner Cable Arena. Opening up for Clapton and his band were The Wallflowers, which is led by Jakob Dylan, son of Bob Dylan. Clapton has long since been known as of the greatest guitar players of all time, ranking second in Rolling Stone’s list of the “100 Greatest Guitar Players of All Time.” His performance in Charlotte showed that even after fifty years his musical skill has only increased.