Pearl Jam opened their Lightning Bolt tour in Cincinnati at U.S. Bank Arena on October 1, 2014. They played a three and a half hour show with two separate sets as encores. Highlights included several references to Pete Rose and how he should be in the hall of fame, talking about their last few days in Cincinnati with references to the old days of playing small venues in this city, and 34 songs of constant stadium pounding music. They delivered mellow songs to fast songs covering freedom, politics, charity, surfing, nature, and standing up for what you believe in at all times. Pearl Jam violated their curfew by half an hour and took a fine of over $10,000 to deliver a solid night of music to loyal fans. Pearl Jam gave the entire floor and first level seats to their 10 Club fan base for a minimal price. This band gets their back into their living! Pearl Jam has done over 100 charitable shows giving back to the community and practicing what they preach. This band has proven time and time again that they won't sell out. Go check out Pearl Jam 20 by Cameron Crowe.

The crew talked to people from all over the world throughout the night and was sitting next to Bronson Arroyo and Bob Pollard of Guided By Voices once my work was done. Pearl Jam is heading to several other venues throughout this tour. They will headline Austin City Limits Festival the next two weekends. In the end of October they will play right after Tom Waits and before Neil Young at his Bridge School Benefit in San Francisco, California. I have shot over 350 bands this year and this show was definitely up there in rank. This band has truly become a Hall of Fame act. There were several covers including "The Real Me" by The Who, "Rockin in the Free World" by Neil Young, and "Waiting on a Friend" by The Rolling Stones. Matt Cameron (drums) still tours with Soundgarden. There is a reason why The Rolling Stones,  Tom Petty, Neil Young, and other legends have said this band is one of their favorite touring bands. Rolling Stone also named Pearl Jam a top 10 touring band this year.  (Several photos were withheld for Pearl Jam's website and fan club which will post this week) 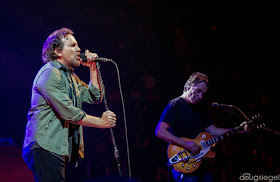 Pete Yorn came to the Taft Ballroom on 9/30/14 to play an intimate seated show for the tour kick off. Pete made a comment about getting the cobwebs out at his first show, but he sounded great to us. The last time Pete played in the area was opening for Dave Matthews five years ago. It was evident that a lot of loyal fans were eagerly waiting his return. Pete was interactive with his audience all night like "Storytellers" and was taking requests throughout the entire show. 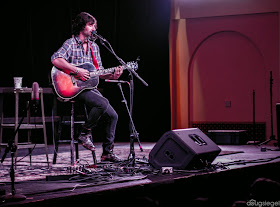 Nashville (Music City USA) is a city with many great music venues and it can be tough to stand out. The new City Winery, which held it's grand opening last night, not only stands out already as one of the best; it brings a level of class and sophistication not yet seen here. 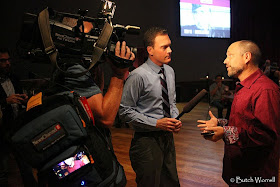 The Americana Fest in Nashville showcases such incredible talent every year that it is hard for any individual artist to really stand out. But 2014 was the year that Trigger Hippy stole the show. 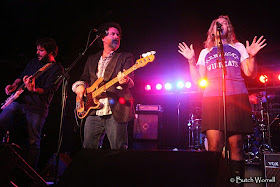 The Black Lips headlined the Southgate House Revival last week with King Khan and Cincinnati Suds as supporting acts. All three bands had great sets and rocked out this old rehabbed church which serves as a multi-stage venue. The Black Lips are currently touring around the eastern United States with King Kahn and the BBQ Show. 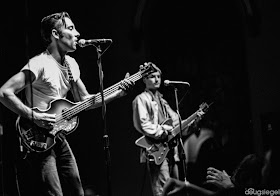 
The Raelyn Nelson Band graced the stage of the High Watt last night. Fresh from their successful Farm Aid debut they rocked the packed house at the High Watt. 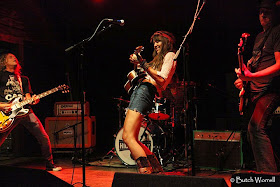 
Carlene Carter graced the stage of the Sirrus Radio sound studio at Bridgestone Arena on Thursday of Americana week to record a show. 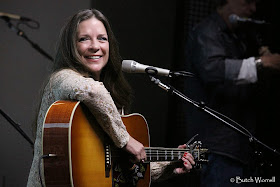