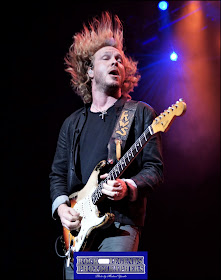 Blues-rock guitarist Kenny Wayne Shepherd plays so hard and with so much energy that I'm surprised that things don't melt around him when he walks up on stage. Having seen him twice before, once with Experience Hendrix and once with The Rides, I knew what to expect, but seeing him playing his own songs made it that much more special.

When Shepherd plays it's almost like the guitar is part of his body. His hands seem to flow on it as easily as if he was smoothing out a wrinkle on his shirt.

As a professional concert photographer the main things I try to capture are the emotions through facial expressions, leaps, guitar yanks, and hair flips. Although Shepherd doesn't leap much when he plays, there is no shortage of the other three to capture live in concert.

Shepherd was supported by longtime singer and friend Noah Hunt on vocals and occasional rhythm guitar, Chris Layton (Stevie Ray Vaughan) who has played drums for Kenny since 2006, Joe Krown on piano and organ, and Scott Nelson on bass. 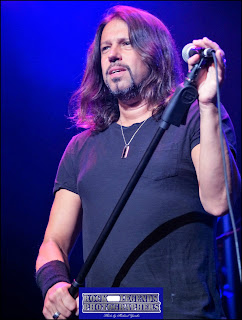 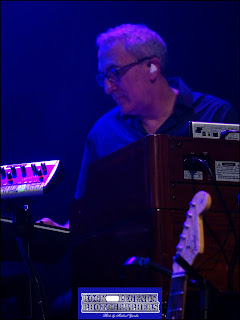 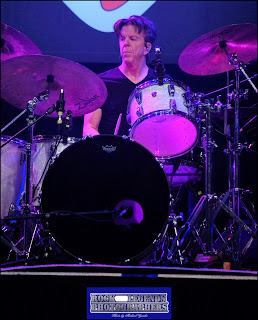 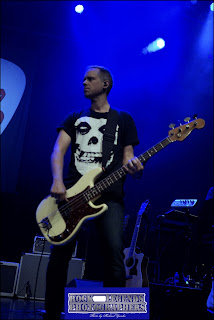 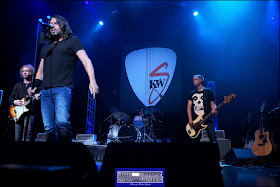 Shepherd has built a name for himself over his long career as a unique blues-rock guitarist and his concerts amplify that moniker without a doubt. He is a one of a kind guitar player and a great songwriter. Don't miss any chance you get to see him perform.